Dressage has been growing in popularity within Ireland and continues to thrive. This year we have already seen many successes for riders at all levels, regionally and nationally. But what tops it all is when so many riders from the Northern Region appear on the international stage. The winter Finals in Cavan brought many achievements and those taking the top four slots had the bonus of gaining qualification for the prestigious British Dressage Masters Championship at Hickstead.

This June, six Northern Region Riders travelled to Hickstead to represent Ireland in the Masters Championship. They were: Carolyn Mellor, Joan Adrain, Claire Sedgeman, Ryan Hopper, Vicky Campbell and Courtney Stuart. The Hickstead Masters, co-ordinated by Irish international rider Dane Rawlins, brings together the top dressage combinations at each level from across the UK, all having to gain qualification to get the chance to compete. Once again the Northern riders had tremendous success.

Joan Adrain gave a good performance in the Preliminary Championship in a large class to take 7th place with a score of 65.26%. Ryan Hopper and Dalways Frere took part in the Novice championship and gained a creditable score of 65.26%. Ryan also rode this same horse in the Young Horse Six Year Old class and stole 9th place on 67.60%. Claire Sedgeman and Silken Art rode in the Medium Championship and finished with 64.14%. 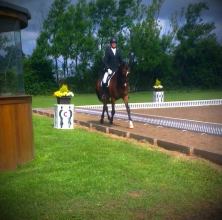 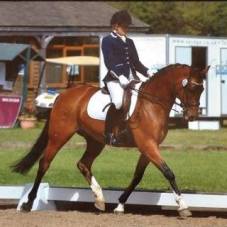 On Wednesday 22nd June Carolyn Mellor also gave a solid performance in the Prix St Georges with VSH Zugaro gaining 15th place on 67.73% and VSH Beaulero on 65.44%. Joan Adrain riding VSH Florenciano finished on 60.04% in this same class. In the Intermediare 1 class, it was Courtney Stuart and Fanfarron 8 who got 7th place on 67.24%. Carolyn again rode her two horses in this same class and finished on scores of 63.77% (VSH Beaulero) and 63.16% (VSH Zugaro.) 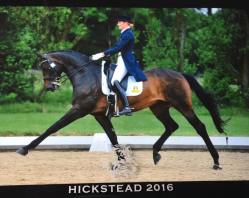 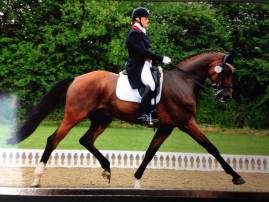 On Thursday 23rd June, Courtney and Carolyn rode again and this time Courtney achieved 12thplace on 65.57% in the Prix St Georges and 9th place in the Intermediare 1 on 67.94%. Carolyn and VSH Zugaro finished on 12th place with 67.41%. 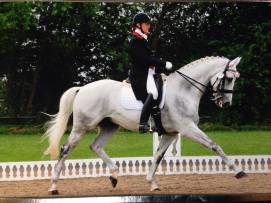 Victoria Campbell and her mount, Be My Snowflake, took 12th place in the Pony Team Test Under 23 Championship on a score of 60.19%. 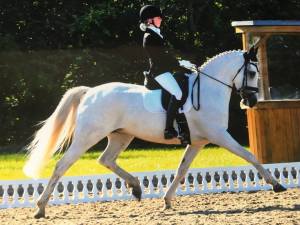 All six riders were delighted with their results and how their horses handled the pressure at such a big venue. It is clear to see that this year has been an outstanding success for the Northern Region riders. DI NR would like to congratulate all its riders on their achievements, and looks forward to seeing many more successes to be celebrated this year.